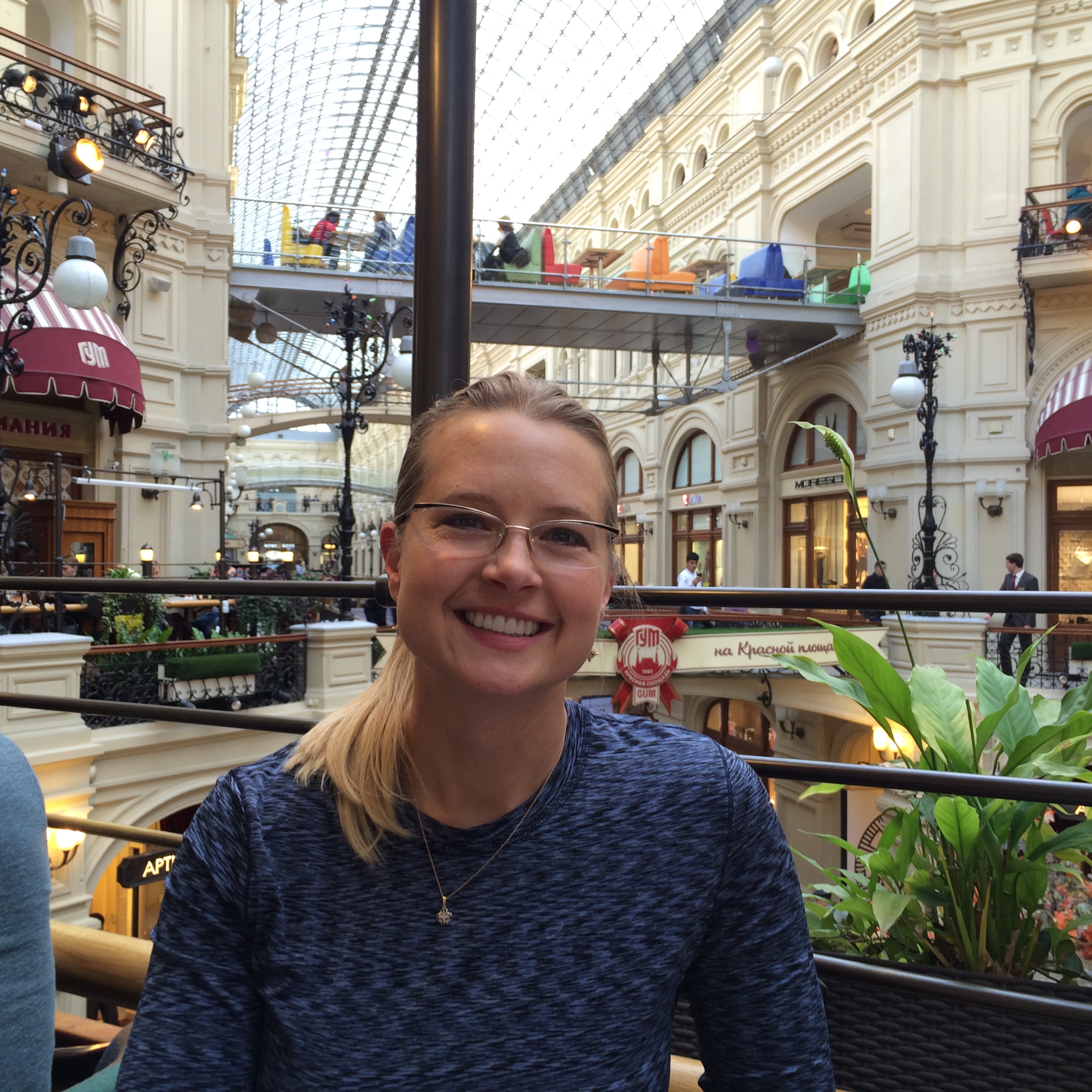 We made it to Moscow without incident, but it required my skipping the espresso stand at CDG airport. Mom strongly urged me to pack my week into one carry-on suitcase and this turned out to be prescient. We arrived bleary-eyed but intact.

Moscow has three airports. We flew into Sheremetyevo International Airport (SVO) or Международный Аэропорт Шеремéтьево if you would like to see it written in Russian. In 2015, 31.6 million passengers went through SVO making it the busiest airport in the Russian Federation. Frankly, that we zipped off the plane and saw our driver with “BORGLUM” printed on his hand-held sign all without incident astounds me.

A fast – one might say, maniacal – 45 minutes later we arrived at the hotel. After traveling for 27 hours, I wanted to face plant into bed. But the clock said 3 pm local time, so we needed to keep upright for at least 6 more hours. My sure fire way for beating jet lag? Coffee, pastry, and a little shopping!

Note: you will find out shortly why we went window shopping.

Mom and I ordered a cab and made our way to Moscow’s premier shopping area, GUM. The driver dropped us off and gave us his card for a return trip later that afternoon. We walked into a museum displaying shoes, bags, coats and dresses rather than paintings and sculptures. Brands that I only read about overwhelmed all three levels. To put it in perspective, GUM made Houston’s Galleria look like the Dollar General.

Now, do not judge me, but I really wanted a sable hat – really wanted. We found a furrier and I saw my hat sitting on display. Mom and I walked in and I happily put it on. I found my hat. As I turned around to show mom, the sales woman crossed the floor in two strides while punching the rubles-to-dollars conversion into her calculator.

I saw four digits to the left of the decimal on the screen and then looked up into the face of a giant glaring Russian guard standing between me and the door. I blanched, very gingerly took the hat off, and put it back where I found it. Smiling, I thanked the saleswoman, bypassed the guard and got out of there. Mom simply adopted the phlegmatic air of an empress and with imperial comportment, sailed out behind me. Well done, mom.

We dissolved into giggles around the corner. After that much excitement, we needed some coffee and a pastry. 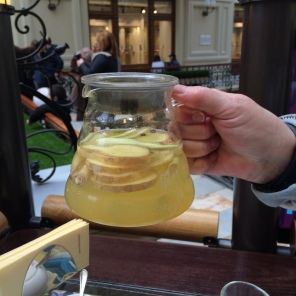 Our mango and pumpkin seed tart hit the spot. Mom had tea and I enjoyed a very black Americano. Two customs that I had not seen before: the cafes all had blankets for the customers to wrap themselves against the damp chill and little stools for your purse or shopping bag that slid under the tables.

We continued window shopping for a bit and then made our way back to the hotel.

The next day proved just as entertaining as the first (see Part 1) as we made our way through Moscow on a guided tour.

Describing Russian culture takes more than what one blog post, or one trip for that matter, can hope to accomplish. Prior to our adventure, we did look for ways to glimpse the massive body of art. I read Iconostasis by Pavel Florensky. Also, I watched The Hunt for Red October with Sean Connery and Die Hard 5 with Bruce Willis, which probably contributed more to my American patriotism than informing me about Russian culture.

When mom found out she, too, would be traveling to Moscow, she asked me if I wanted to attend a performance at the Bolshoi Theater. I would decide on an evening that worked with my conference schedule and she would buy us tickets. After scouring the seating options for both accessibility and view of the stage, I settled on the libretto, The Stone Guest. A libretto is a shorter opera, typically half the length of a traditional opera, and based on a poem or short story. 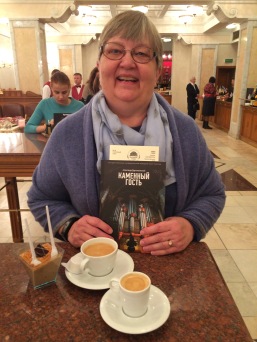 Taking one of Alexander Pushkin’s Little Tragedies nearly verbatim, The Stone Guest laments the exploits of Don Juan and the sad tale of his demise. Russian culture saturates this petite opera: the language, the music, the history, and the orchestration. Although other renditions exist, the Bolshoi Theater version is considered the standard. Mom and I enjoyed it thoroughly – thanks in large part to the English subtitles discretely displayed on screens to either side of the stage. 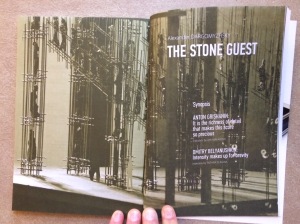 The Bolshoi Theater is not to be missed. Upon entering the stately building, guests are invited to leave their coat at the coat check and make their way to a luxurious anteroom filled with artful confections, coffee, and champagne.

The best part, though, of this national and cultural treasure, did not appear on stage, in the gift shop, or amongst the petite fours and chocolate mousse. To our surprise and delight, mom and I saw the truly stunning range of theater-goers: women in fur capes, jewels, and evening gowns; men in dinner jackets and black ties; men and women just arrived after a day at work, both business professional and day laborers; school-aged children in everyday clothes and carrying the ubiquitous backpack that all school children carry; and tourists. From the royalty to the quotidian masses, the theater filled up in anticipation of a truly Russian performance.

At the end of the week, and still thinking about our experience that Tuesday evening, I arrived home with a priceless treasure far greater than a sable hat: a beautiful piece of Russia still singing in my ears, still moving me.

And I did not even have to declare it at customs.