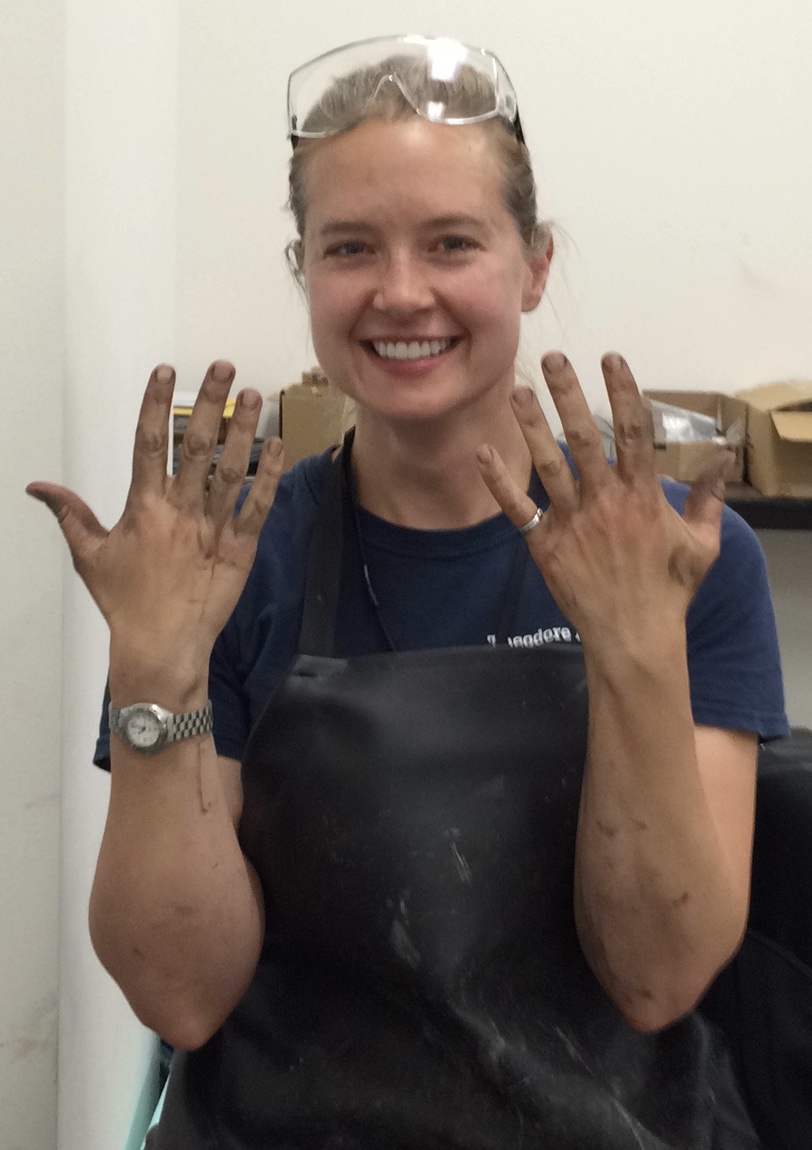 My cuticles are black, grime is buried so deep in the nail bed it won’t come out, and my hands feel like they’ve been through a meat tenderizer. For the past three days I sat in front of the drill press coring out my samples to take home for, well, exploding.

Drill bit next to two coring bits for comparison, core for testing and cored rock

Crude oil bubbling out of a natural fracture after coring

I had three days to get all the samples I needed for the next year’s research. The thrust of my doctoral work is to determine the tensile strength of shale by over-pressuring the pores with an inert gas. My rock samples will be surrounded with an impermeable layer — it could be something as simple as rubber cement — and nozzles on either end connected to gas lines. Then, I will flood the sample with gas, increasing the pressure until the rock breaks. I keep suggesting a violent explosion, but this makes others nervous, so I settled for the term fracture and mutter DYNAMICALLY! to myself.

Please note I said inert gas, not combustible or reactive.

Tech got me set up on the drill press and gave me a quick run through. I’ve used this type of equipment before, but every shop is different and this one had its quirks.

When breached with the bit, the gray shale smelled of sulfur. Sulfur smells in the the hydrocarbon world are not good because that means H2S, hydrogen sulfide. The rotten egg smell is the least of your worries as this gas is toxic. Starting at the 10 ppm mark H2S can knock a person out, cause brain damage or even death.

The amount found in this rock sample would not be enough to kill me, but a headache was forming so I bowed my head and prayed the only relevant prayer I could think of, The Sinner’s Hangover Prayer. Lord, please let the brain cells I just killed off be the stupid and useless brain cells. Let the intelligent and functioning brain cells remain… I desperately need those. Amen.