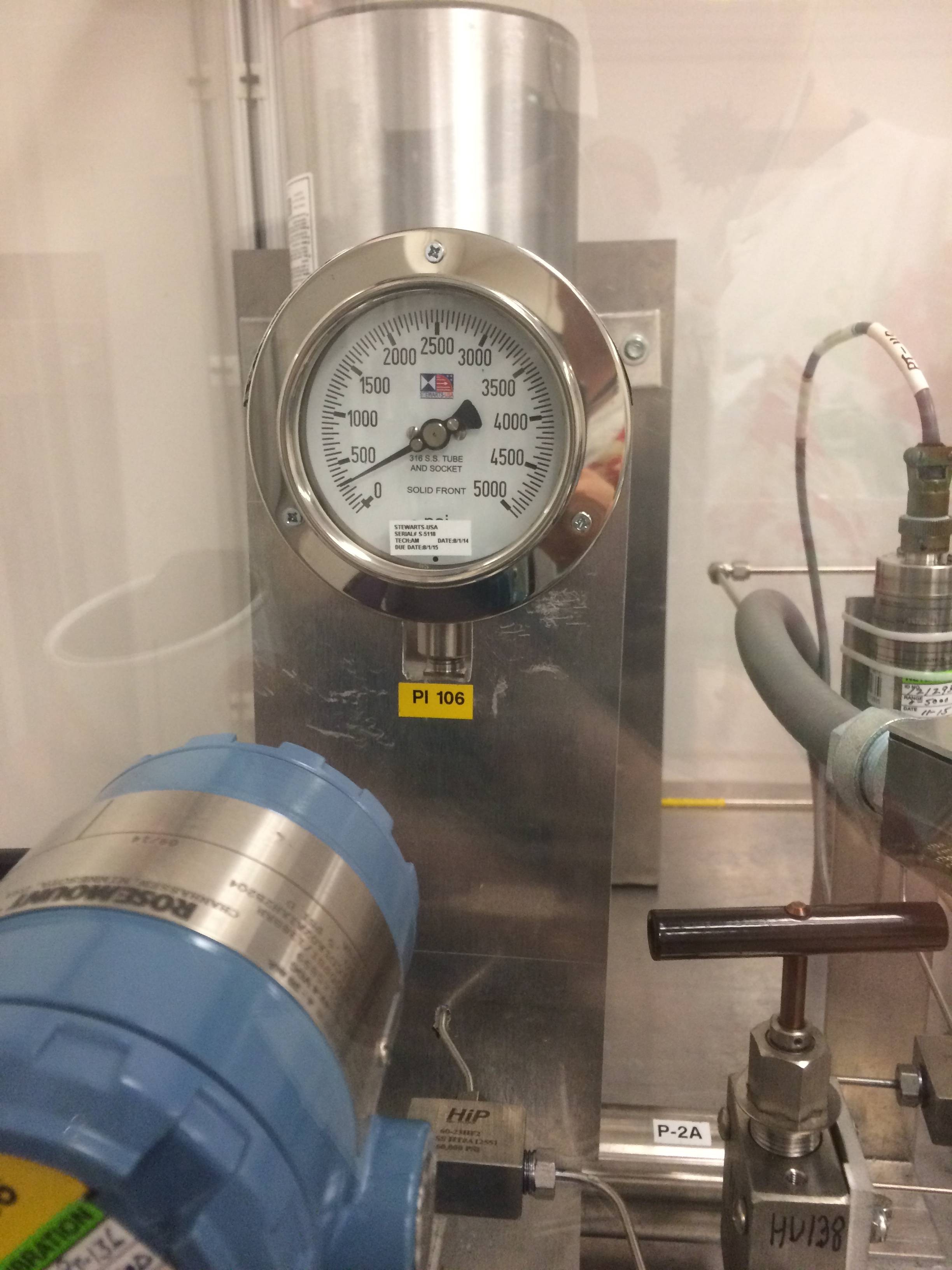 Yesterday I finished re-assembling part of the dismantled RaSSCAL prototype. All government operations require acronyms and my charge is no different: RaSSCAL means Randolph Steady State Core Analysis Laboratory. Essentially, the RaSSCAL flows a gas (N2, CO2, CH4, He) from one reservoir, through a rock sample, to a second reservoir at steady state to determine the rock sample’s permeability.

The rock sample is located in the core holder. The initial tank (first reservoir) in the system and all of the tubing leading to the core holder is upstream and the tubing going from the core holder to the second reservoir is downstream. Through out the upstream and downstream systems there are a series of paired valves (the electrically controlled solenoid valve uses air to actuate the pneumatic valve) which serve to isolate different stages along the tubing string. After I finished tightening the fittings, I opened the valves to flow gas through the system and … nothing.

This should not happen. Fluid (gas or liquid) flows from high pressure to low pressure. This is true every where (on earth). Whether getting oil out of the ground into a well bore or soda from the glass into the straw and then your mouth, fluids flow from high to low pressure.

Tech was very gracious, said it was an honest mistake and one he’d made a dozen times. I thanked him, sprinted to the Calibrations Specialist’s lab to get the pressure transmitter back and let him know the Tech found the source of the problem. Sprinting might be an overstatement since a) I was wearing work boots and b) it was nearly 90 degrees with staggering humidity. I arrived gasping for breath.

The best part? You know I had fun.